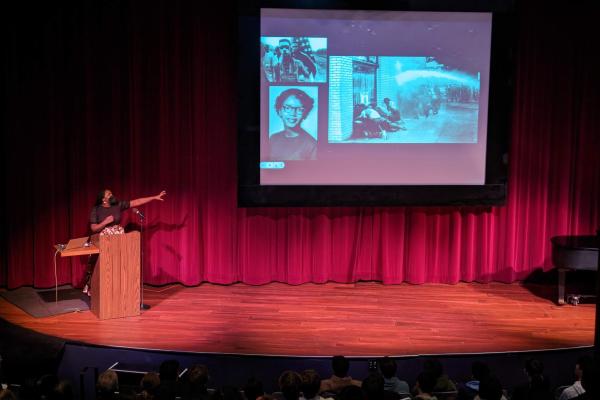 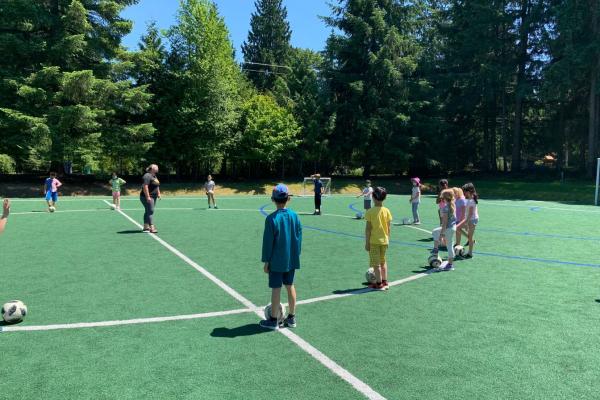 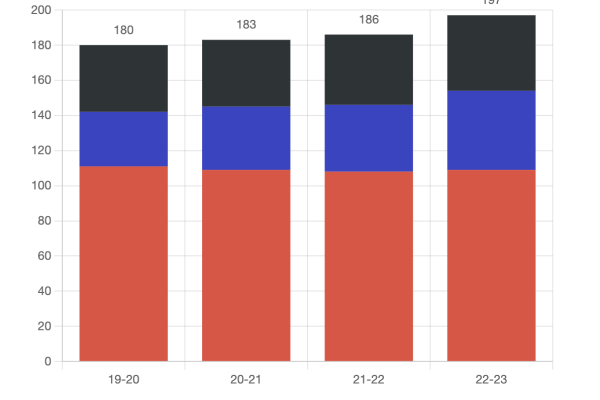 The Show Will Go On! 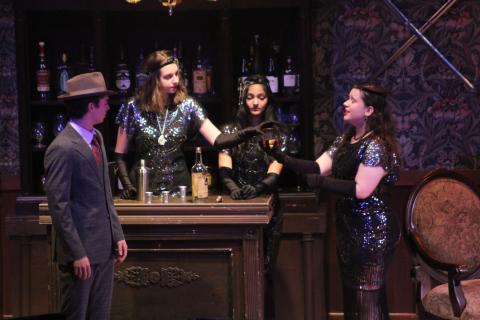 Tonight is the premiere of Macbeth. With the inclement weather canceling multiple rehearsals and play preview performances this week, the cast and crew have truly risen to the occasion in presenting this show.

William Shakespeare’s Macbeth is one of his most produced plays, and with good reason. Full of witchcraft, battles, madness, ghosts, and secret murders, it is an action-packed horror-thriller that follows the tragic rise and fall of an ambitious power couple.

Director Bill Johns shared a little bit about what makes this performance of Macbeth unique.

This show is set in the 1920s. How did the cast arrive at that particular setting?

Johns: There were several ideas about where and when to set our production of MACBETH--Mt. Olympus, the break-up of Germany after the second World War, and even a "Pirates of the Caribbean" idea. The cast talked through and voted on this incarnation keeping in mind everything from making the production accessible to our audience, the challenges in set/costume/props, and the way it most supported our main theme of how a single person of power with unchecked ambition can disrupt a peaceful transition of power.

How did the students rise to the challenge of adapting the play?

Johns: The students spent almost three weeks in "table work," editing, trimming, dissecting, and in minor ways rewriting the script to get it to a manageable 90-minute production, but also to adapt it to our chosen time and place. There have been innumerable fun, exciting, and even terrifying discoveries about how this 420-year-old script can be as applicable to Gangland 1920s as it was to the Scottish Highlands of the 1200s, the original setting. Especially fun challenges were to find ways to not ignore the period technology— guns, telephones, elevators, for example.

What about the stage? What were special considerations for the stage construction?

Johns: As far as the set design, the Stagecraft and Tech Theater classes have done an outstanding job researching, designing and building a period speakeasy. Like "Peaky Blinders" and "Gangs of New York," the idea was to create a bar that catered to a specific neighborhood of this American city. The ensuing turf battle between rival gangs and struggle for leadership of the gang itself mirrors the Viking/Highlander battle and the subsequent internal struggle for the kingdom of the original. The students broke into design teams, built scale models and presented Powerpoints of their ideas for the set/costumes/props and together we combined the best ideas of the ten groups working on this into what our audiences will see tonight... a hidden speakeasy in the basement of the Dunsinane Hotel.

How have the students grown in this process?

Johns: Our cast has a majority of underclassmen, which promises for a bright future for our Drama Department. Tackling a Shakespearean tragedy with its depth of character development, powerful acting objectives, intricate poetical language, and important universal themes as a young actor can do nothing but build strong "acting muscles." This cast has grown exponentially both individually and as a company, and I couldn't be more proud of them.

Opening night is tonight, December 2, at 7:30 with shows tomorrow December 3 at 2:30 and 7:30pm. Tickets are available online at showtix4u.com or at the door.