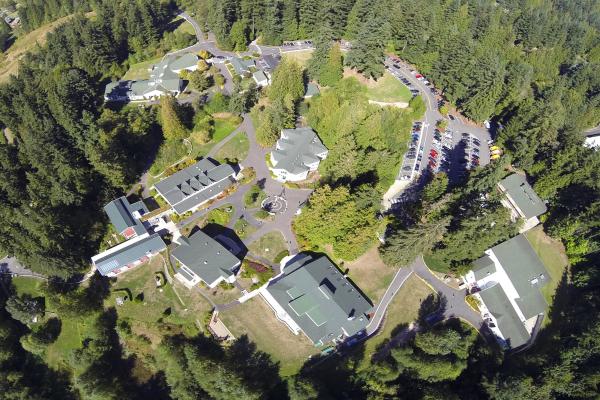 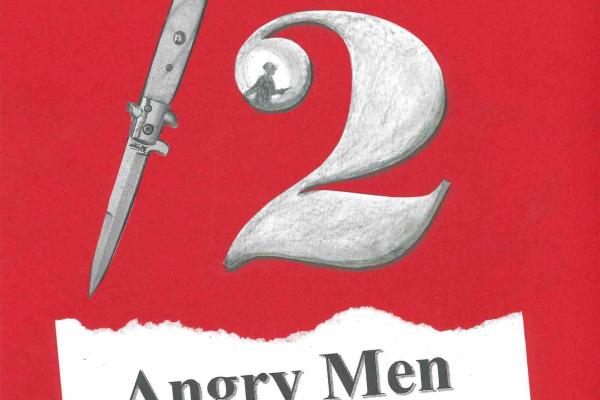 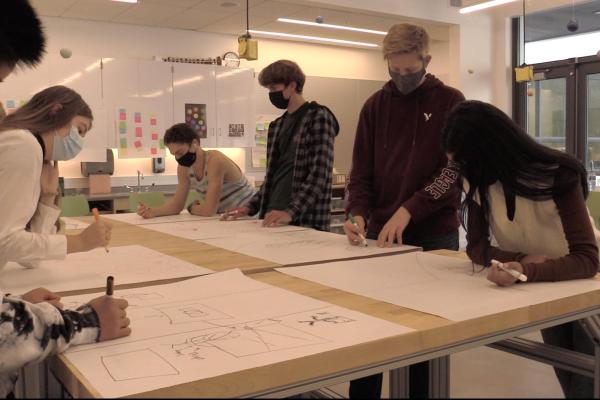 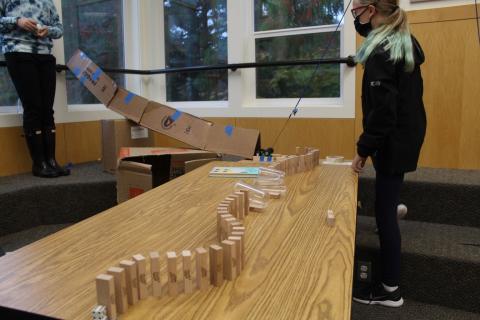 While Rube Goldberg lived in the 20th century, his idea of taking an ordinary challenge and making it extremely complicated resonates even today. Just ask our sixth-grade class who was faced with creating some complicated contraptions in order to achieve simple goals.

“They are excited to build elaborate and complicated machines and also to have independence in the process,” explains Social Studies teacher Karen Zaidberg.

Creating Rube Goldberg-like contraptions caps off an academic unit on systems for these social studies students. “Systems is the foundation of social studies – the way that ideas and practices are reproduced and codified in society,” explains Zaidberg.  “We study economic systems, legal systems, government and political systems, ecosystems, and systemic oppression of people.”

We caught up with a team of students, whose goal changed partway through the project. “We started with trying to flip a light switch and then changed to flipping dominoes,” describes Allie S.

Along with teammates, Aiden U., Aaron B., Ada K., and Piper T., they learned how little changes could really alter the system, such as changing from string to rope. “We couldn’t get the car with the string attached to move with enough force to flip the light switch,” explains Piper T.

“The essential question of this unit is, ‘How do diverse groups solve problems?’ A system by nature is a collection of interdependent and interrelated components, and when one solves a problem in a system one must consider the impact of a single change or input on the whole system. The Rube Goldberg Machine (RGM) project illustrates this principle of interdependency,” says Zaidberg.

Click here to see some of the contraptions in action.