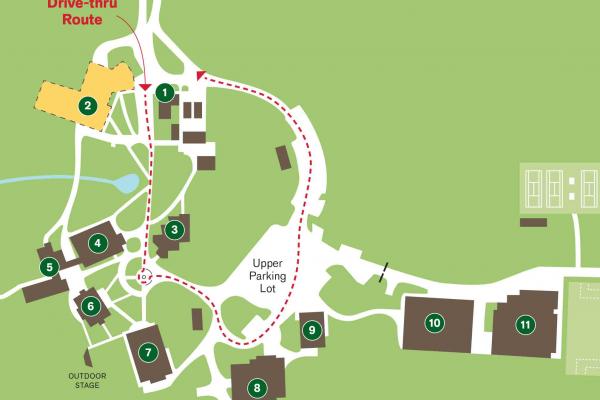 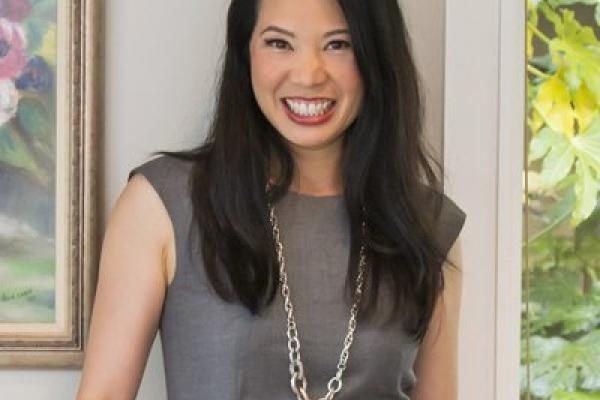 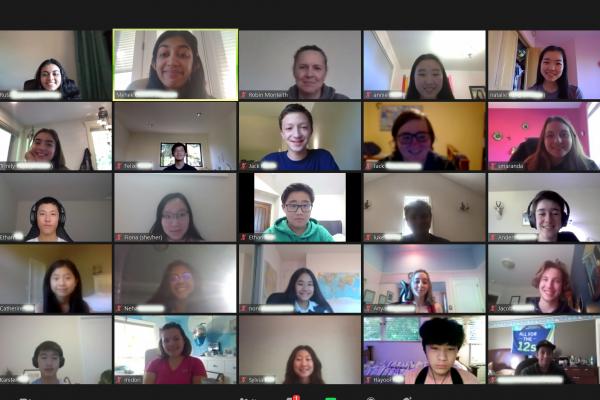 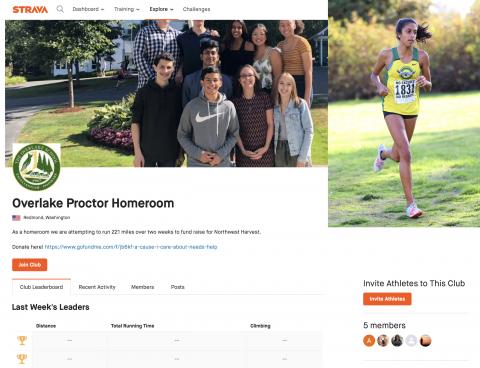 If you grew up in the 80s or 90s listening to the radio, you've likely heard Casey Kasem's Weekly Top 40 where he'd end each show saying, "Keep your feet on the ground and keep reaching for the stars." While Overlake's Class of 2021 wasn't even born during the show's run, they're putting the famous catchphrase into action.

Junior Anya S. along with classmates Allie P. and Jada B. had the idea to create a homeroom running competition in which Overlakers could run to raise money for Northwest Harvest Food Bank while getting much needed exercise. It's called Cor-RUN-avirus challenge. "It's been a difficult spring with the cancellation of classes and spring sports," explains Anya who is an Owls cross-country runner and participates in Varsity track for Bellevue High School. "News stories show the need for feeding the hungry at this tough time with cars and people lined up for blocks to get food. As students it's a win because as a cross-country athlete, I'm always trying to get people hooked on running. When the quarantine started and track was cancelled I was pretty sad and completely stopped running. Then one sunny day, I decided to go out for a run. I felt so much better after that and wanted to get everybody to do it."

Advisor Tina Proctor came up with the idea to run 221-miles and set a donation goal of $2021.00 for Northwest Harvest. The event lasts for two weeks and began on May 11. So far the students have hit the ground running with each homeroom being their own club, which is tracked by the Strava app. Anya says that she's surprised by the progress going into the first week. "I just sent Tina a report on how much everyone has done, and the team with the most miles is the faculty team, which has 17-members. Just a few days into the challenge they've run half of the 221-miles, so I've told my classmates we've got to pick it up," Anya says jokingly. "It's a great distraction and a motivation to get healthy. Not to mention, it's also good preparation for fall sports."

For those who aren't the type to lace up the sneakers and hit the pavement, the students created a GoFundMe page where donors can make monetary contributions. Click here if you'd like to make a contribution.