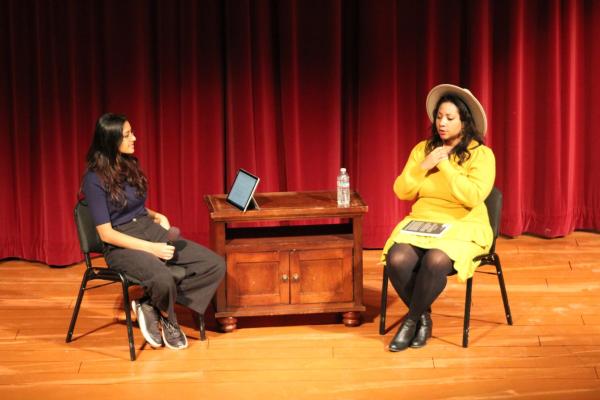 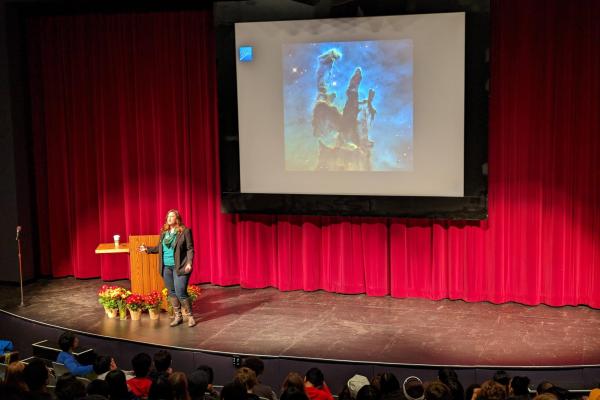 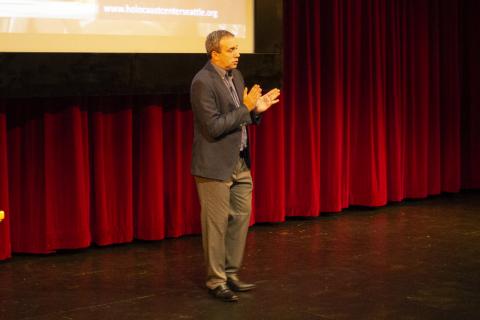 His mission to crunch numbers with his family's ancestry and relate their Holocaust survival stories made him the perfect speaker for Jenni Baldwin's Freshman English students who just completed reading Elie Wiesel's Night.

All four of Cohen's grandparents survived the Holocaust, and it became a statistical problem for him to find out what the odds were of each surviving. "I didn't realize how rare it was," says Cohen. "People started telling me to share their stories and five years later I'm still doing it."

But before the numbers were crunched for the audience, Cohen told the amazing stories of survival of families that had lifelong impacts of Nazi atrocities in Eastern Europe. From one set of grandparents who escaped a massacre in Lithuania to his other grandparents who were taken by train to Auschwitz, Cohen's presentation was filled with media, documents and props.

"It's hard to relate the level of atrocity or the levels of conditions so I find that the more I can give something that the audience can relate to, the higher the  likely hood that they understand what they went through," says Cohen.

Students were riveted by Cohen's knowledge and research. "It's important to keep telling these stories because we can never let it happen again," says Ilanit R. ('23) who also has Holocaust family survivors. "Every generation needs to know about it because if we forget, it can easily happen again."

Baldwin says Cohen's appearance definitely impacted students.  "These stories are so important to pass on, especially as fewer and fewer survivors remain living to tell them firsthand," says Baldwin. "My hope is that they will come away with greater empathy and compassion which will deepen their understanding of the Holocaust as being more than just a historical event."

At the end of his presentation, Cohen revealed how he reached his calculation. He then participated in a question and answer session and encouraged the audience to visit Seattle's Holocaust Center for Humanity. We don't want to give his answer away, but it is astronomical. To find out you can watch his presentation. 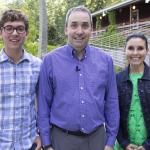 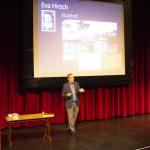